Why Invisalign Is Better for Athletes: Pro Sports Athletes Who Used Invisalign

Pro sports athletes are some of the most physically fit and dedicated individuals on the planet. With their rigorous training and demanding competitions, they strive to stay at the top of their game. However, just like any other person, they can suffer from dental issues that can affect their performance.

Invisalign is a popular orthodontic treatment that can help to correct a range of dental issues, from crooked teeth to gaps. It is an increasingly popular choice for athletes due to its low profile and convenience. Invisalign involves wearing a series of custom-made aligners that gradually shift the teeth into the desired position, without the need for metal braces or wires.

In this article, we will be exploring some of the professional athletes who have used Invisalign to help maintain their dental health. We will also look at how this treatment has enabled them to stay at the top of their game and why it is an increasingly popular choice for athletes.

Athletes Who Have Used Invisalign

The legendary tennis duo, Serena and Venus Williams, both use Invisalign. The sisters have been using the treatment since 2015 and it has helped them to maintain their performance on the court. Invisalign has allowed them to keep their teeth in good condition without being hindered by metal braces.

Missy Franklin is an Olympic gold medalist swimmer. She started using Invisalign in 2012 and has been using the treatment ever since. She has said that Invisalign has helped her to stay on top of her game in the pool.

Nate Robinson is a three-time NBA Slam Dunk champion. He started using Invisalign in 2015 and has said that it has made a big difference in his performance. He has credited Invisalign for helping him to maintain his focus and energy during games.

Dwight Howard is an 8-time NBA All-Star. He started using Invisalign in 2018 and has said that it has improved his confidence and focus on the court. He has also credited Invisalign for helping him to maintain proper alignment of his teeth, which has improved his overall performance.

Kyle Lowry is a five-time NBA All-Star. He started using Invisalign in 2018 and has said that it has improved his performance on the court. He has credited Invisalign for helping him to maintain proper alignment of his teeth, which has improved his focus and energy during games.

Why Is Invisalign an Increasingly Popular Choice for Athletes?

Invisalign is becoming an increasingly popular choice for athletes due to its convenience and low profile. Unlike traditional metal braces, Invisalign is almost invisible, which means athletes can maintain their performance without feeling self-conscious. The aligners are also removable, which makes it easier for athletes to maintain their dental hygiene and participate in physical activities. Furthermore, the treatment is typically faster and more comfortable than traditional metal braces.

Using Invisalign has become a popular choice among professional athletes due to its convenience, effectiveness, and ability to achieve results quickly. It is a safe, affordable, and discreet option that can be used to treat a wide range of orthodontic issues, from minor misalignments to more severe cases.

If you are looking for a dentist in Waterford, MI, come to Dental House MI. We offer many offers and discounts on our dental services. Contact us to inquire about your case today! 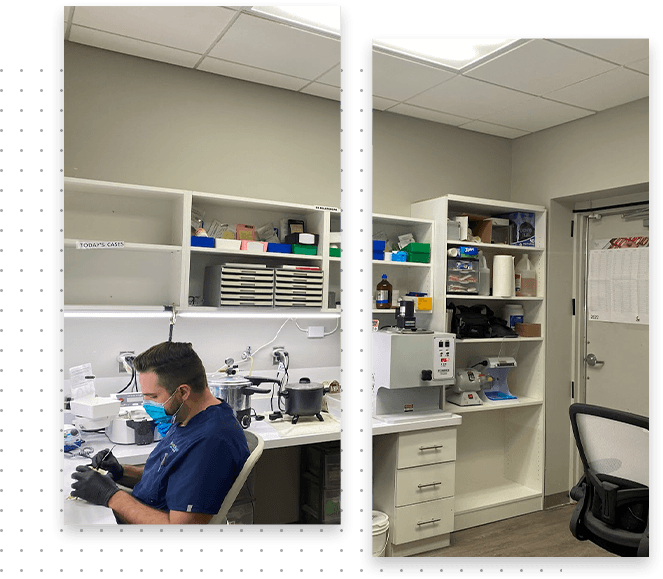