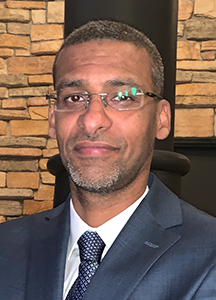 Dr. Ramy Attalla received his DDS degree in 2001 from Cairo University in Egypt. Between 2001 and 2003 he completed a general practice residency for one year and completed another one-year program in advanced restorative and conservative dentistry. In 2004, he joined the field of private practice and in 2006 he received his first certificate in oral surgery and implant placement followed by a second one in 2007 for advanced periodontal surgical procedures.

In 2013, he joined an advanced St. program in General dentistry and in 2015 he received DMD degree from Rutgers School of Dental Medicine, which is ranked as one of the top 10 universities nationwide. Dr. Attalla was awarded by the American Academy of Gold Foil operators for recognition of his outstanding achievements and proficiency in direct gold restoration

During the past 17 years he attended many continuing education courses and earned more than 360 credit hours in different dental branches. His resume is full of volunteer and community work.

In his professional and academic career, he joined many research programs and has been using their results in his daily clinical action. He is certified by the American Dental Association, the Egyptian Dental Association, the CDCA formally known as the NERB (North East Regional Board). Dr. Attalla is licensed as a general dentist in 3 different countries. In his free time, he likes to read and go fishing. 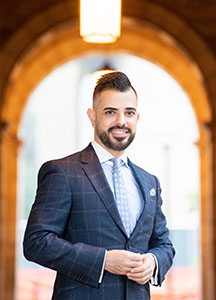 Dr. Sadoon Kareef grew up in Baghdad, Iraq. He obtained his first DMD in Al-Mustansiriya University School of Dentistry in 2008 and until 2010 he did his general practice residency to obtain more comprehensive training in all fields of dentistry. Dr. Kareef moved to the United States, and in 2013 he joined the Advance Standing Program in general dentistry where he obtained his second dental degree from Rutgers School of Dental Medicine, New Jersey.

Dr. Kareef has extensive experience and expertise in family dentistry and cosmetic dentistry. Dr. Kareef believes that everyone can have a bright and healthy smile. By working in the private practice field as an associate dentist for the past 3 years, he has made a difference in the quality of life for his patients as it relates to their oral health. 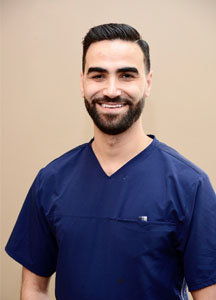 Dr. AlShrouf is not your typical dentist. He started off with modest means. Both his parents immigrated to the U.S. The old world virtues of a simple life are evident to this day in his practice style and approach towards healthcare.
Dr. Shrouf is a distinguished dentist with multiple degrees hailing from New Jersey. He’s a graduate of Rutgers School of Dental Medicine. He received his Bachelor of Dental surgery (B.D.S) in January 2011. He completed his Endodontic Externship at Endodontics department, Rutgers School of Dental Medicine. He continues to advance his education with the University of Michigan and being a part of the Mini implant center in Detroit.. He enjoys exploring the outdoors with his girlfriend. His favorite activities include skiing, Playing soccer, food-tasting, and cooking. One of his favorite recipes is pineapple steaks.
These experiences provided the cornerstones to the vision for Campbell Dental. Dr. AlShrouf wants patients to be able to have healthy smiles.